San Nae Deul Korean Buffet — All You Can Eat Ala Carte Buffet  might not be new to many I guess but it was pretty new to me as I have only heard of it but never had the chance to try not until lately. 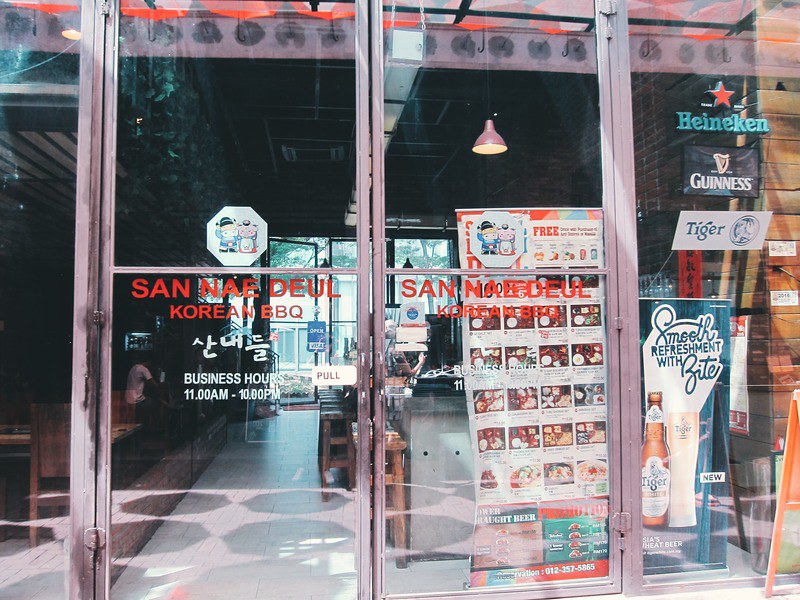 Visited the one in Empire Damansara and had the lunch ala carte buffet priced at RM39++ (exclude drinks).

If you’re not a big eater but still wanna give it a try, you can actually still order from the ala carte menu and pay for the food that you’ve ordered only. 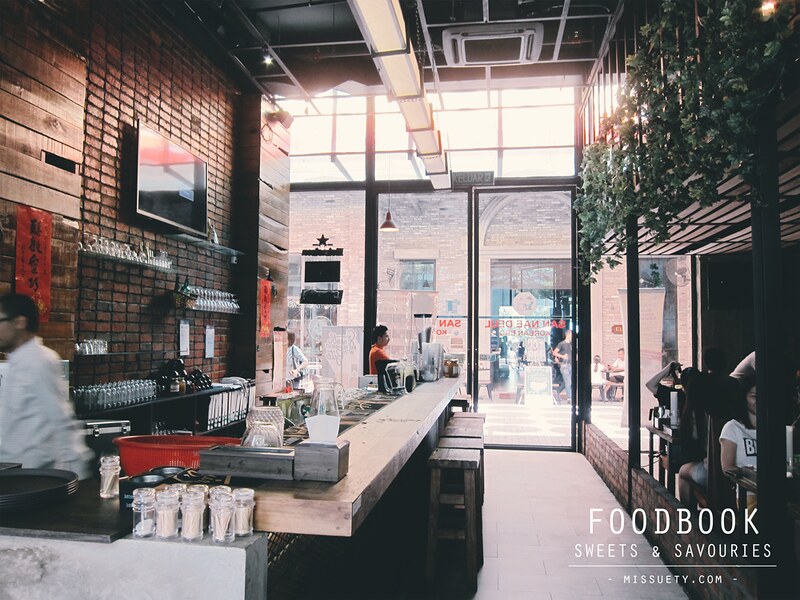 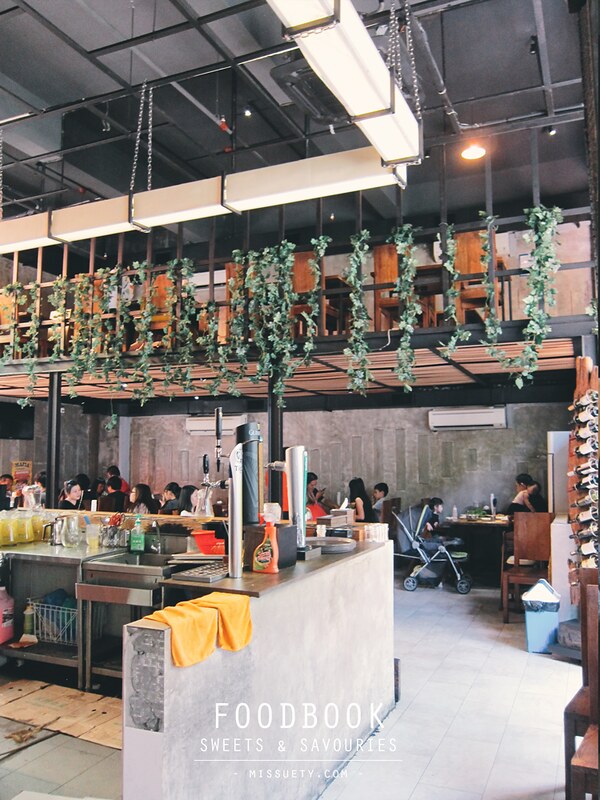 Tables seem very limited and in case you plan to come here in big groups, make sure to make reservations and for your info, there’s also private dining rooms. 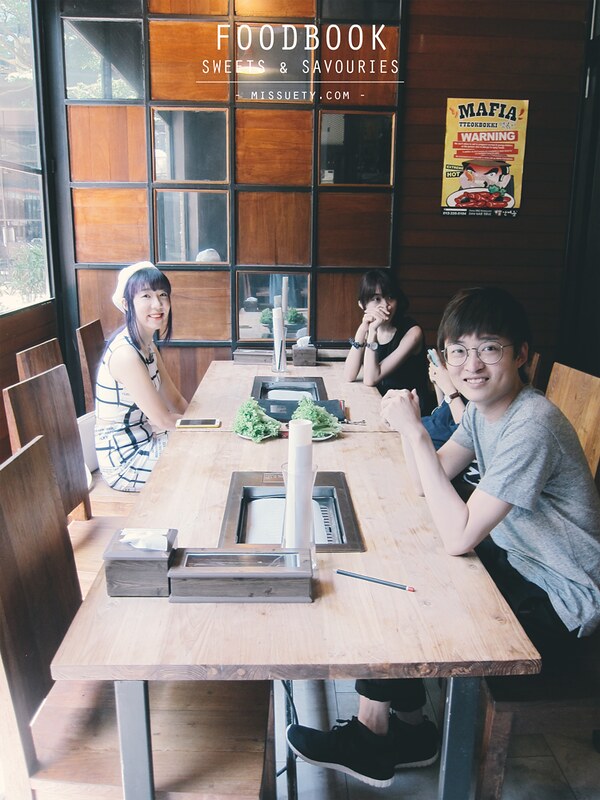 We got a lovely corner dining area at the open area as we didn’t know there were private dining rooms when we made the reservations.

But it was okay since it was pretty comfy and not too noisy. 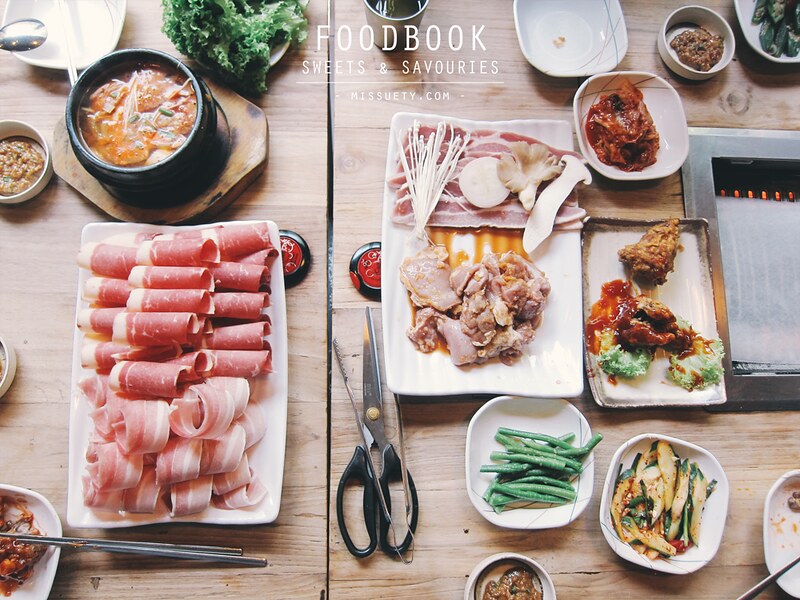 Went there in 7 and ordered pretty much. I actually calculated and we had more than what we paid for. Super worth it! 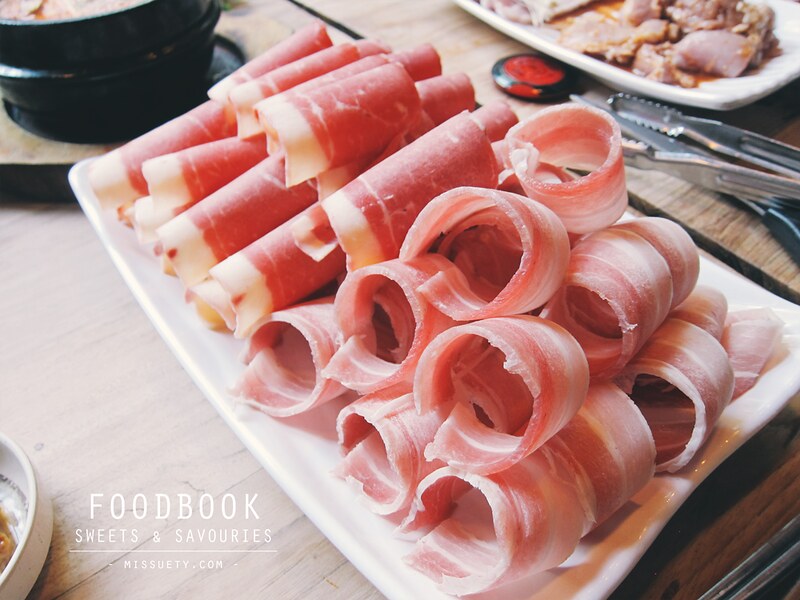 Look at the meat!! It’s about to be grilled!! 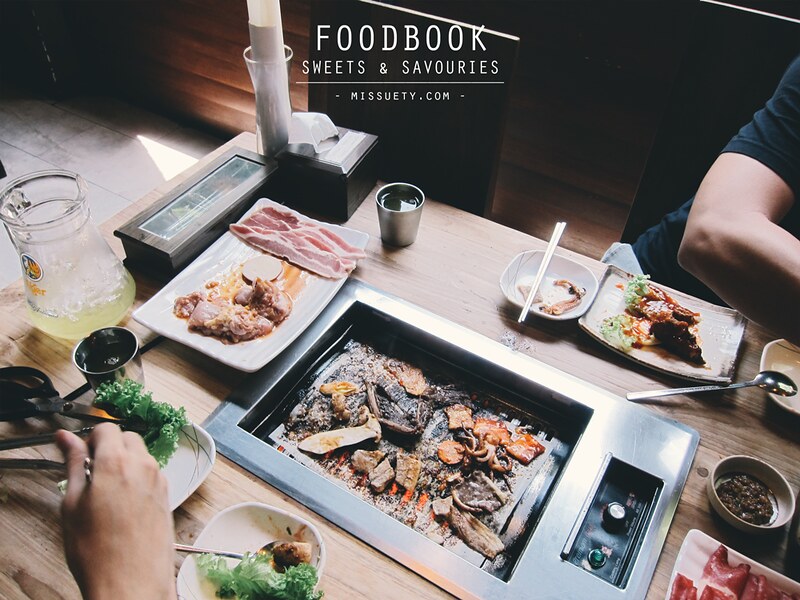 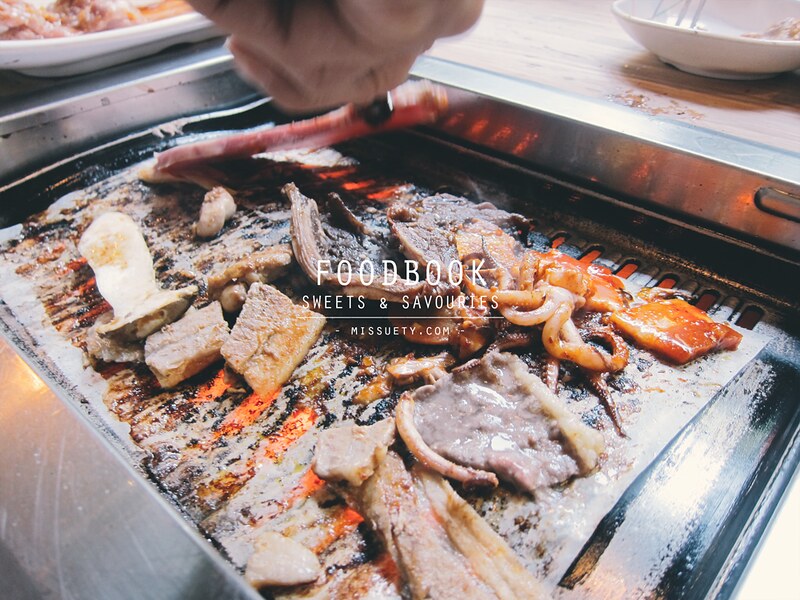 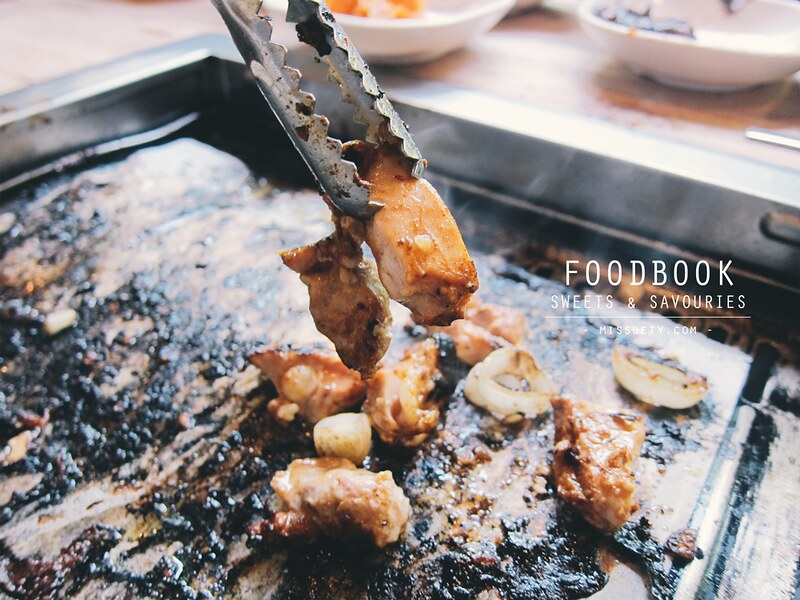 We tried like almost all the meat that is included in the buffet and I would say the marinated ones are the best! The seafood was pretty delicious too and not to mention the tofu and kimchi soup! 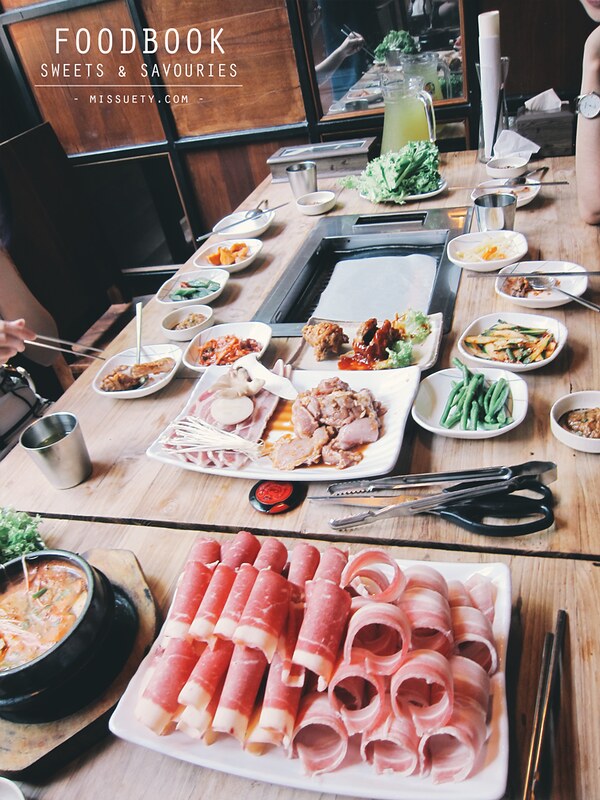 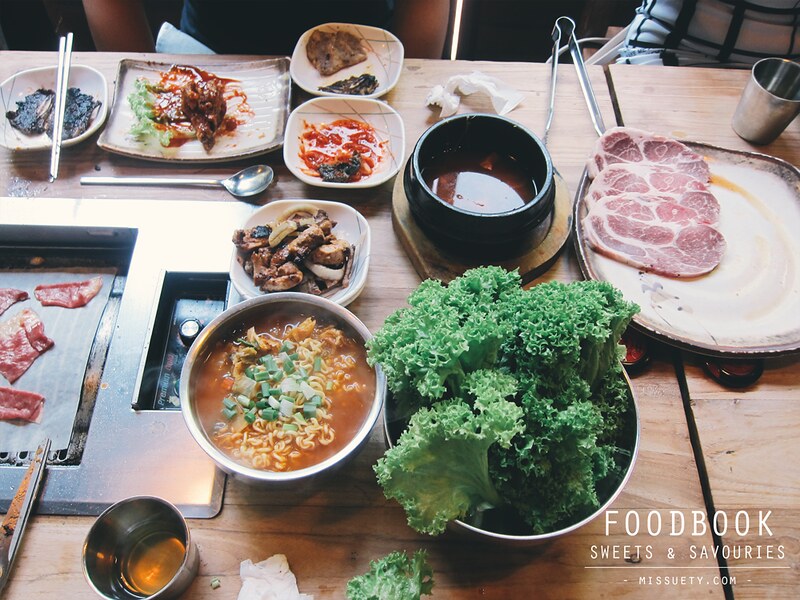 There’s like a variety of side dishes and main dishes other than BBQ meat that you’re allowed to order from the menu. We had the pancakes, soup, fried rice, ramyun, fried chicken and many more… The Banchan dishes and lettuce are refillable too. So make sure you come here in an empty stomach.

Drinks are excluded and in case you do not want to spend too much on drinks, you can order a jug of green tea for RM10 (sharing up to 3 pax per jug – refillable).

Overall, the food was pretty okay except the seasonings were pretty heavy which caused me and Mr. Pink feeling very thirsty after the meal.

If you were to ask me whether will I be back again for more, I would say probably YES but not so soon. Maybe when I’m carving for Korean BBQ, I might opt for this. 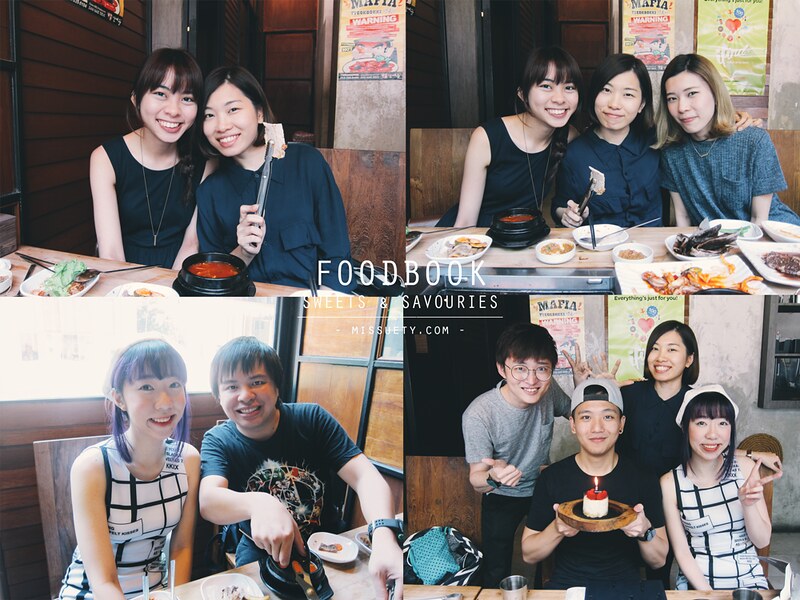 Lastly, here’s a pic of us enjoying our meals and also a burfday celebration for the friend. 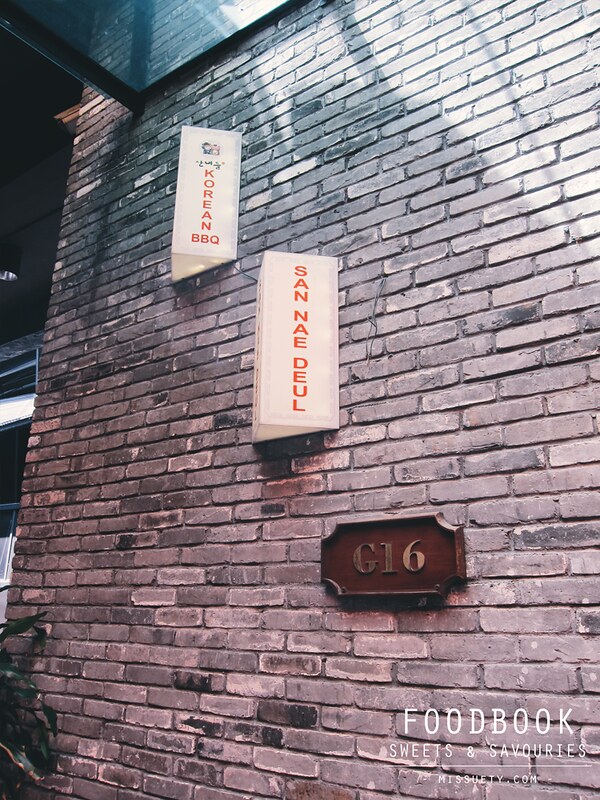