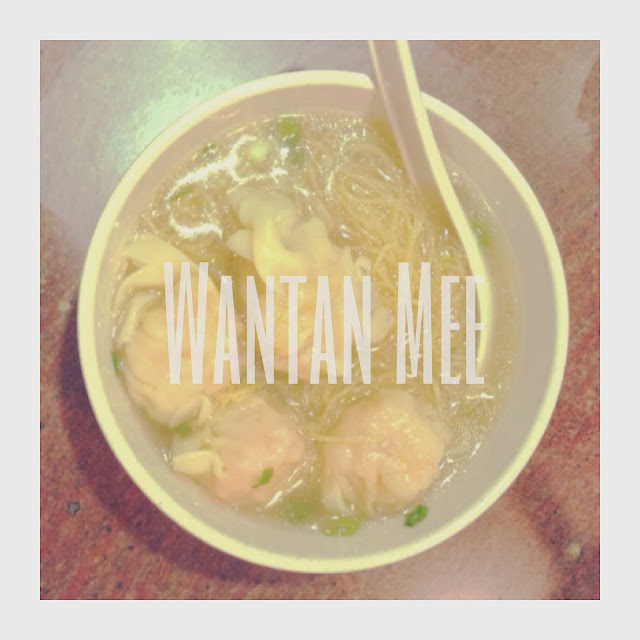 Hong Kong Food Haven? You be the judge!
Now, let me introduce you the food I had in Hong Kong in this post!
Many told me that Hong Kong is a food paradise!
Probably true cos you can find food everywhere but the thing is I haven’t had anything that suits my taste bud except for Dim Sum
I don’t know it’s my problem or Hong Kong people just have weird taste bud? *no offense ya
So let’s get down to it!
Wanton Noodles in some shop in Tsim Sha Tsui
I don’t remember the name of the shop but it seems that it actually appeared in their local Newspaper.
Wanton tastes GOOD but the noodles and soup contains too much boric acid.
Costs HKD38 (RM15.70) a bowl.
Should have tried Mak’s Noodles instead since it has really good rating and many recommended their Wanton noodles!
Next up is food in Airport since we had a 2 days stay in Regal Airport Hotel for the BlackBerry Event.
I call it Hong Kong Rice from Maxim’s!
They’ve got all sort of meat in there with Egg and few strands of vegetables.
Nothing fantastic but something to keep you from getting hungry.
Looks Yummy, isn’t it?
Ok, it wasn’t that bad!
After few days, we got sick of Chinese food and we then had Ajisen Ramen.
Mr. Pink had curry rice which was actually mine.
We swapped cos Ramen tasted better! haha
We used to have Ajisen Ramen in Malaysia but it has closed down already.
I never had it before in Malaysia and according to Mr. Pink, their Ramen is ICHIBAN (means GOOD or the BEST) and without any hesitation I thought I should try since he said he missed their Ramen a lot too!
When we got transferred to Hong Kong island, we tried their local food in some shop on the way to Admiralty station.
Spaghetti Pork Chop with Milk Tea! 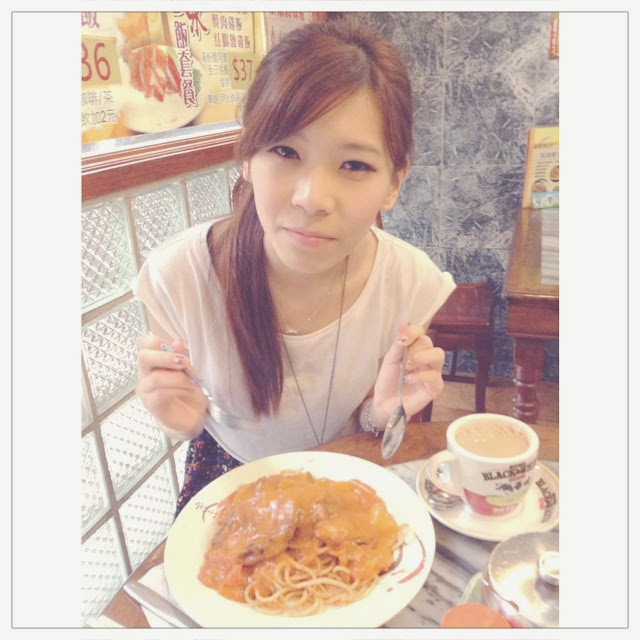 Again, not very satisfying!
Don’t like the spaghetti cos it tasted really sweet but the pork chop was ok!
It was a lunch set and costs HKD37.
Mr. Pink had Char Siew Rice which tasted much better than mine.
Then, that night we went to The Peak!
We had our dinner in Tsui Wah Restaurant.
I had this Chiu Zhou Fried Rice which tasted not too bad.
Price is HKD87 (RM35.90)
Not worth it actually cos nothing fantastic!
Mr. Pink had this Fried Noodle with Prawns which costs HKD102 (RM42)
Many people had this so we thought it must taste really good and ended up the fried rice tasted much better than this!
He regretted ordering this and ended up I gave him some of my fried rice! haha
The very next morning, we went to Hong Kong Station for Tim Ho Wan Dim Sum. 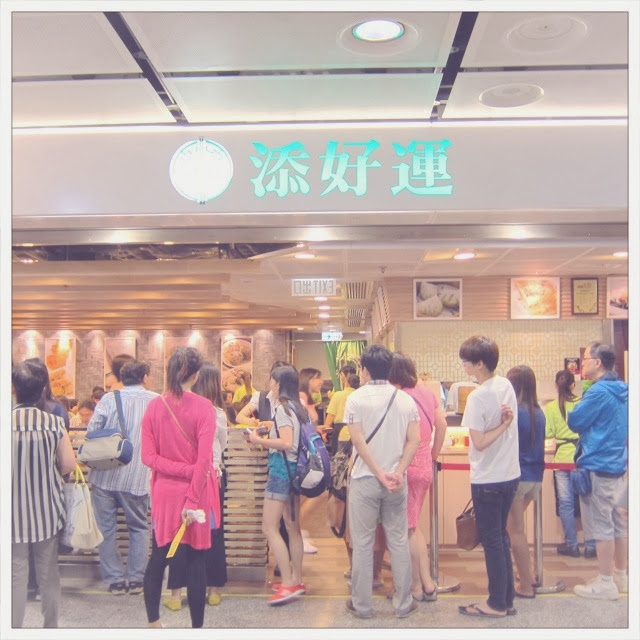 I had this once during my last trip in 2012 and I know I must come back again for their Dim Sum.
We actually came twice here just to have different dim sum even though we know we’ve gotta wait at least 30mins to get in. 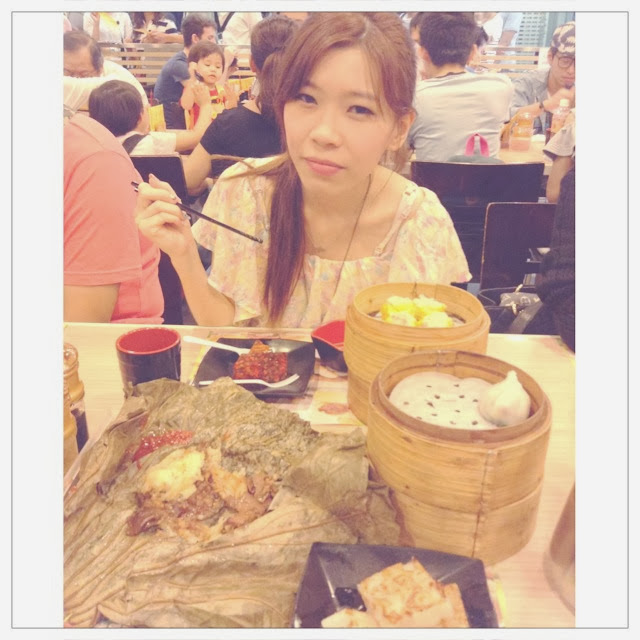 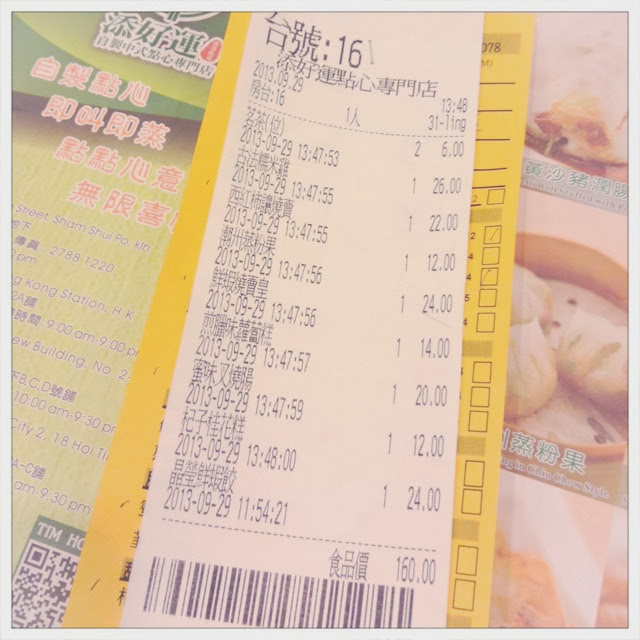 A very satisfying meal!! Worth waiting!! 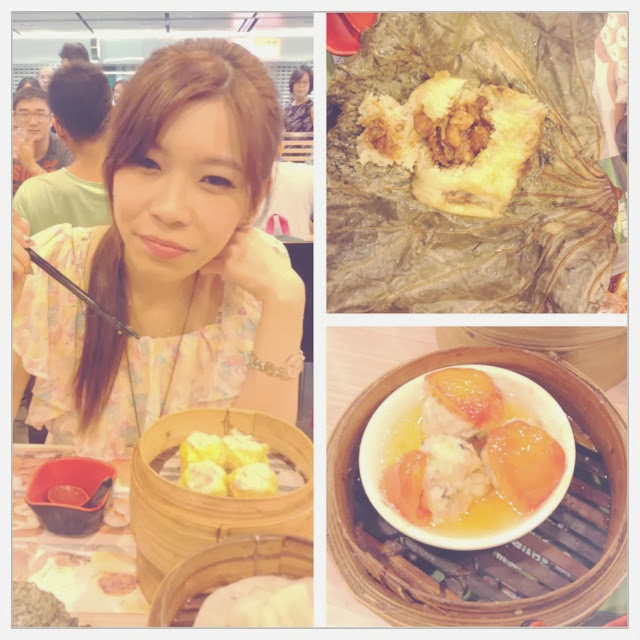 Still so many people waiting out there even it has passed lunch time! 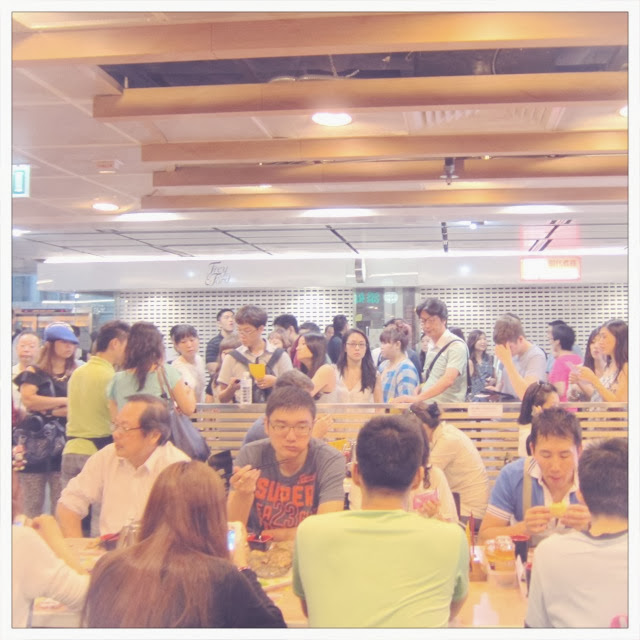 The 2nd time we came back here was on the day before we flew back! 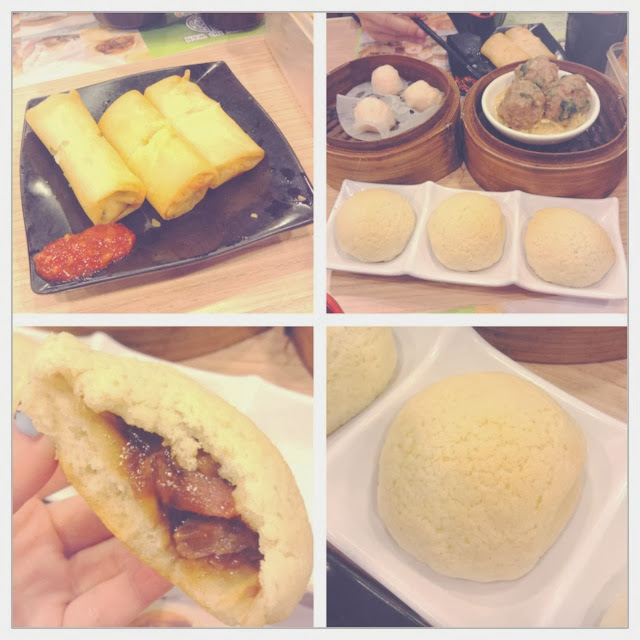 Must TRY their Char Siew Pau!!
I don’t really like Char Siew Pau but I love this one!
I love their Osmanthus Jelly too!!
It tastes very different from the one we had in Malaysia!
Seriously! I highly recommend this place for first timers to Hong Kong!
Here’s another Dim Sum place we went to
Ling Heung Tea House 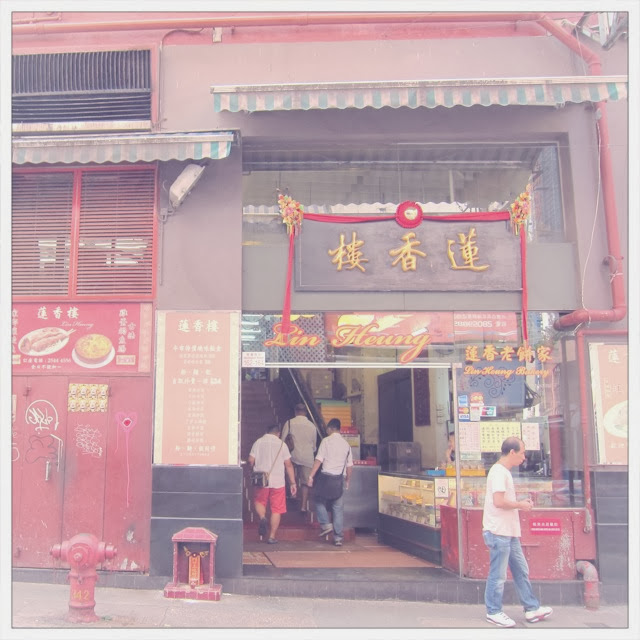 It was listed in CNN and I didn’t like their Dim Sum.
I find their Dim Sum NOT Dim Sum!!
Service was really poor and people in there are rude!
Many locals come here tho!
I wouldn’t recommend this place if it’s your first time to HK!
It was so crowded that I almost faint in there.
We ate 2 things and thats it! We’re OUTTA there!
Had only 2 things and still feeling hungry!
We hopped into the train and went to Mongkok for this! 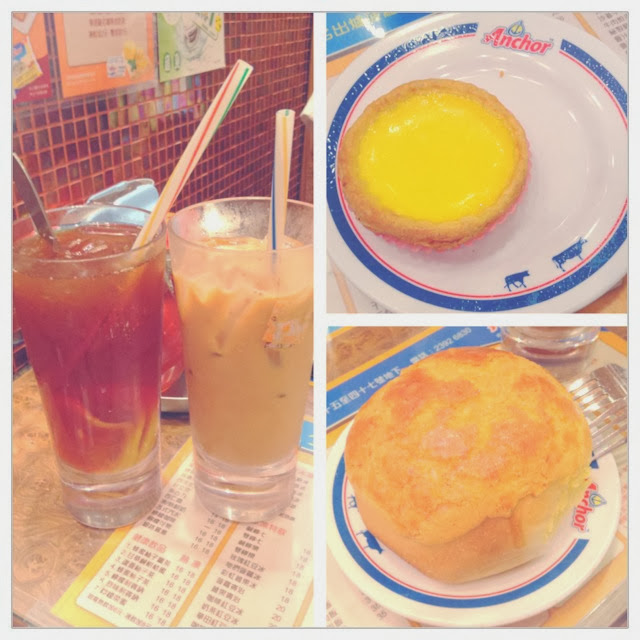 Egg Tart & Polo Bun & Milk Tea & Ice Lemon Tea @ Kam Wah!
Said to be a famous place for Polo Bun and Milk Tea!
At night, we went to Kai Kee Restaurant for this! 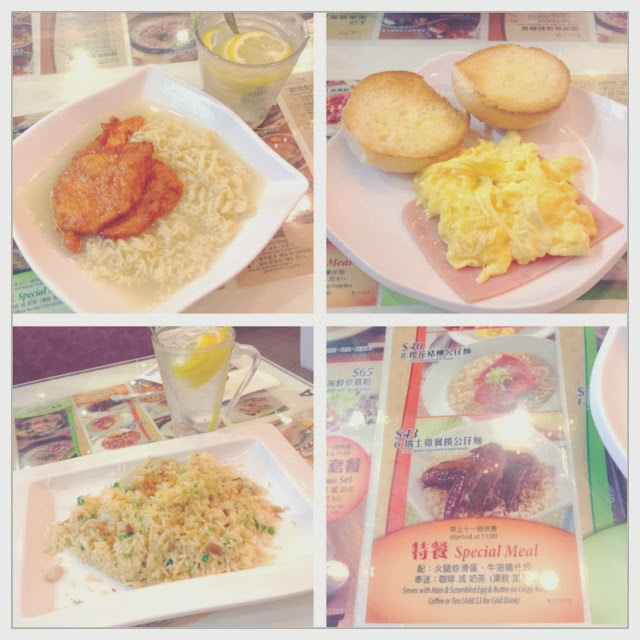 It comes in a set with drinks of tea or coffee and price is around HKD58 (RM24).
Reasonable but doesn’t taste good tho!
Now, for street food!
We had this fried potatoes with mayo!
Fattening but Yummy! 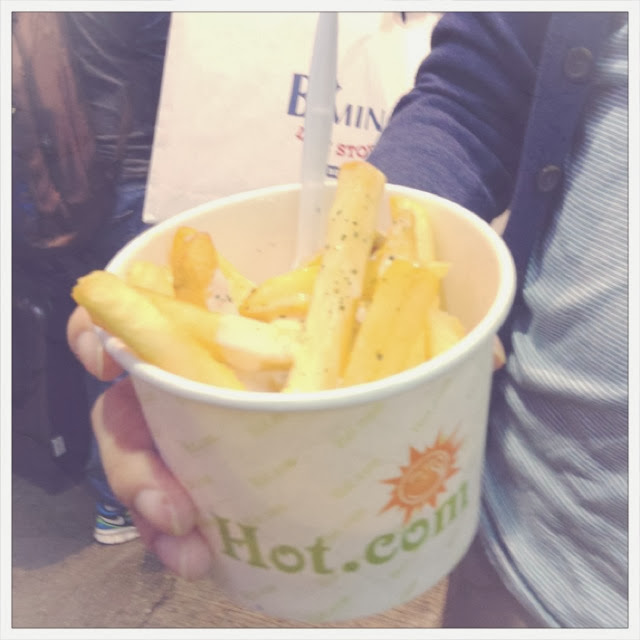 And this! What’s this called again?
I forgotten the name but it’s made of flour 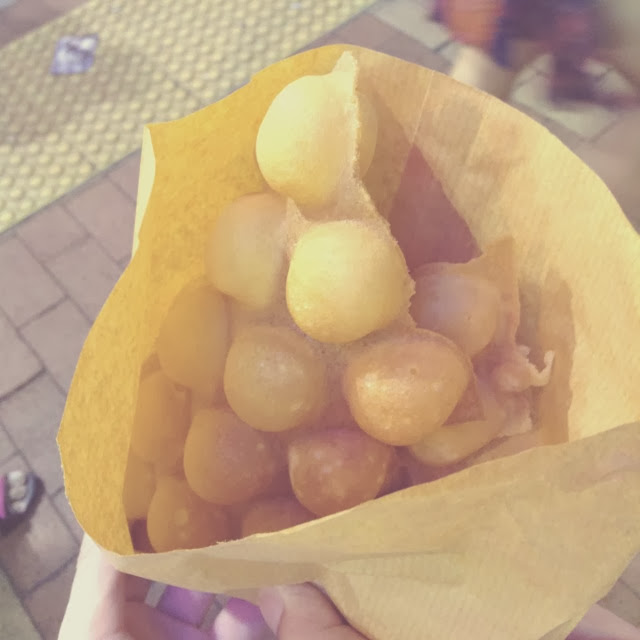 We had these both somewhere around Temple Street.
That wraps up MY EATS in Hong Kong and I hope you know where to eat and where not to eat!
6 mins read

Places to Visit in KHAO YAI on a 4D3N Trip